Faiz dips her toes into the Build water as she and Dan bring you a podcast that goes off the rails, even for us. No huge news stories, but lots of small stuff, so it’s time for a rapid-fire news roundup!

Our appreciation for our new friends deepens in Build 3, and you can never go wrong with tiny orange bird bullets.

It’s Feedback where we really get loopy. I guess your Fullbottle combos just really bring it out in us! There are a few choice phrases we’d love to bring up here… but they’re a bit risqué, so you’ll just have to hear for yourself. 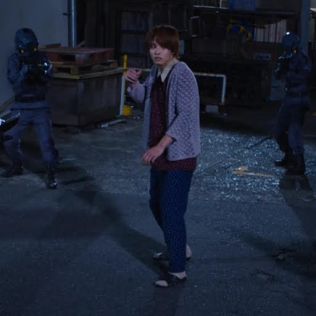 Where are my Werther’s?

END_OF_DOCUMENT_TOKEN_TO_BE_REPLACED

DestinyAmber helps Dan welcome the “Best Match Boys” in style as we begin the experiment that is Kamen Rider Build! She also tells us of her recent trip to Japan World Heroes, in particular the exciting opportunity to meet one-half of Kamen Rider W himself, Renn Kiriyama!

Gel up your hair, and leave your fly unzipped, because Build episodes 1 & 2 are a crazy ride! We’ve already got our favorites, and there’s so much to speculate about (namely that smoky, leather chap, Night Rogue!)

We end with Feedback, and YOUR opinions of Build’s opening chapters, and we even hear from one particular supreme empress who is absent from this week’s podcast! *bunny emoticon*

END_OF_DOCUMENT_TOKEN_TO_BE_REPLACED

Sadly, Dan & Faiz must bid farewell to Ex-Aid… for now. But before that, they also mark the passing of the Korean “tokusatsu” series, Legend Hero, as well as 1974’s Kamen Rider Amazon, which Dan has been watching.

It’s a packed Spoiler Train this week, as have some updates on that Ex-Aid follow-up trilogy coming next year, PLUS someone’s hacked the Build Driver, and we know dozens more best matches. They’re VERY entertaining.

Then it’s time to send Ex-Aid out in style as we break down episodes 44 & 45. There’s action, smiles, and tears. And it wouldn’t be fair if we didn’t let YOU in on the Ex-Aid finale celebration in Listener Feedback! 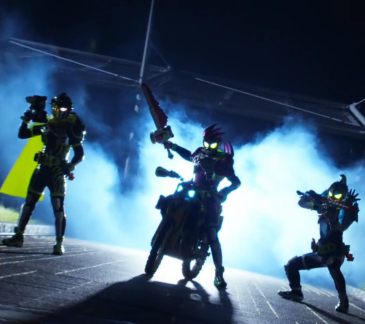 END_OF_DOCUMENT_TOKEN_TO_BE_REPLACED

Subscribe to the podcast on iTunes or Google Play Music!

Proud Partner of  the Tokusatsu Network